For six months I created content for the Minions: The Rise of Gru theatrical campaign and 'always on' social media. It was fun. I concepted dozens and dozens of posts across all platforms, grew the @minions TikTok account from 1 to 5 million followers in six months, and helped coin the #gentleminions hashtag that became the name for the trend around the world.

MINIONS: THE RISE OF GRU

I was a part of the theatrical campaign right until the film's release. It was such a blast. From making memes to writing scripts for Steve Carell to watching #gentleminions take the world by storm, I got to barf my brain all over the place. The result? How about $920+ million in worldwide box office receipts?

We wanted to do a series of Kung Fu parody posters but who has the time!

(Also my first time writing a script for Steve Carell.)

No, no, I didn't write this sick Office parody, but I DID write the caption!

Our creative team was asked to come up with ideas for existing assets of minions dancing in groovy 70s getups, so we pitched a TikTok AR filter that lets folks put a dancing, mulleted minion (Stuart for the uninitiated) anywhere they want. Universal and Illumination liked the concept so much (developed by agency PlayHybrid) that they even made it into a Google AR filter.

The #gentleminions trend—you know, the worldwide phenomenon where everyone suited up to go to see Minions: The Rise of Gru—was several good ideas bashing into each other all at once. From the @minions being active on TikTok a year leading up to the film's release (half of which I wrote content for) to the genius Lyrical Lemonade/ Yeat collab that led to the banger "Rich Minion," it wasn't one thing or the other that led to the cultural explosion of teens suiting up to see the new movie—it was all the things.

Did I think putting #gentleminions into a TikTok caption would give the trend a catchy name that'd end up in headlines around the world? Not really…the name just made us all giggle.

I helped take @minions from 1 million followers to 5 million in six months—not bad right? I also gave the account its highest-performing video to date with over 28.1 million views, 500,000 followers earned and a top spot on one of the funniest trending sounds of 2022.

I really loved coming up with concepts for Minions—a lot of creative potential in those fellas. Here’s a bunch of stuff I helped concept/write/produce during my time as a Minion meme maker. 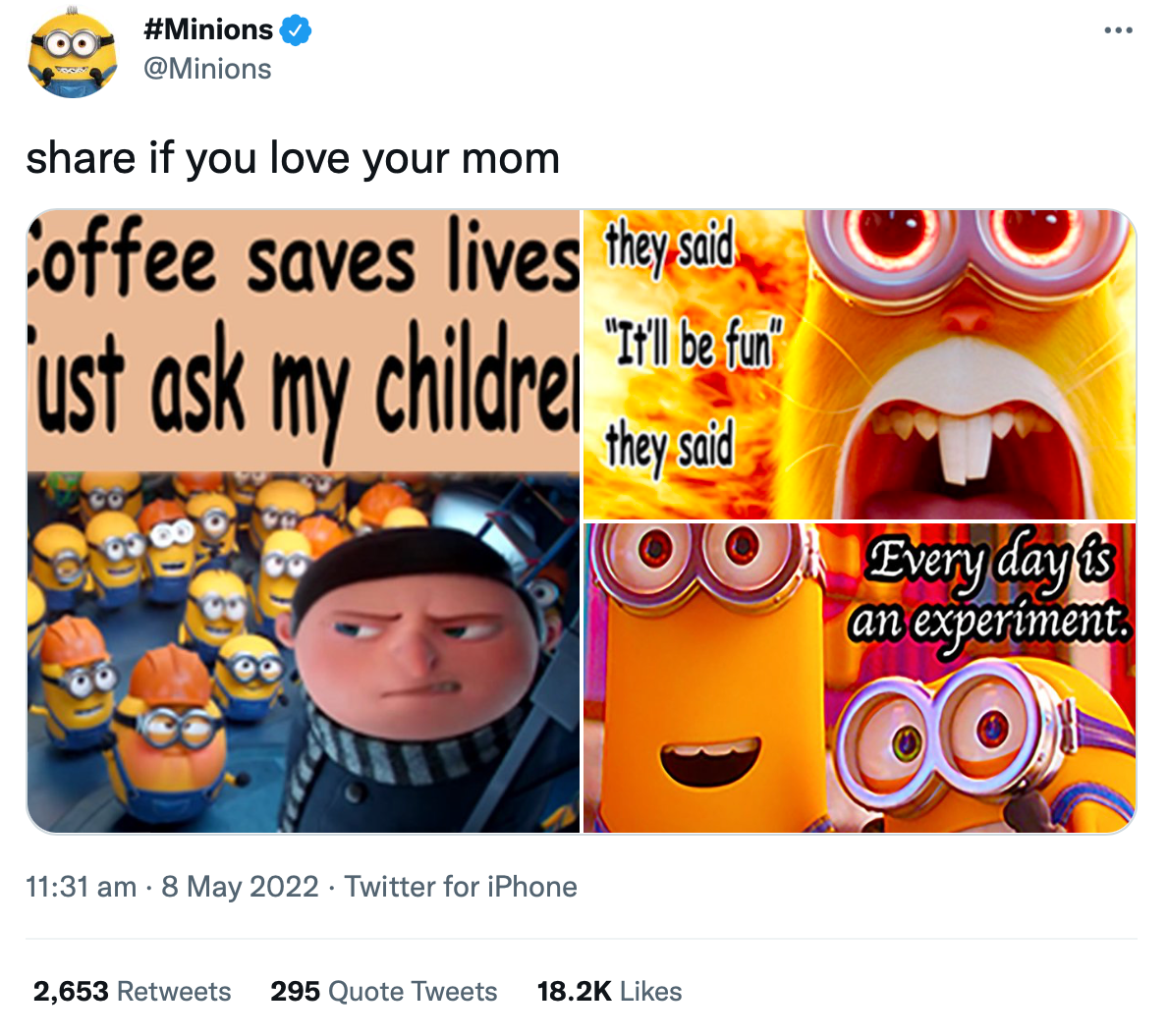 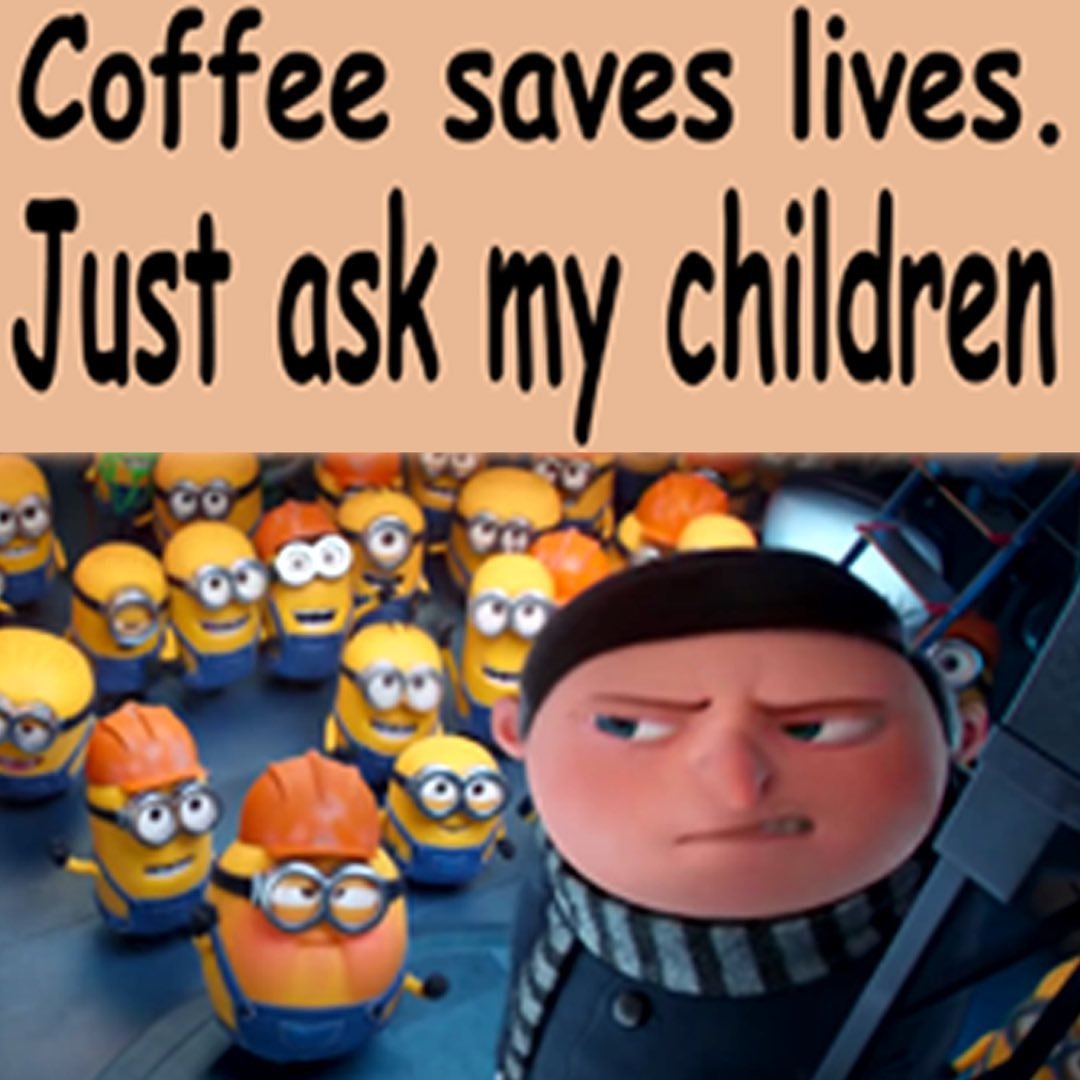 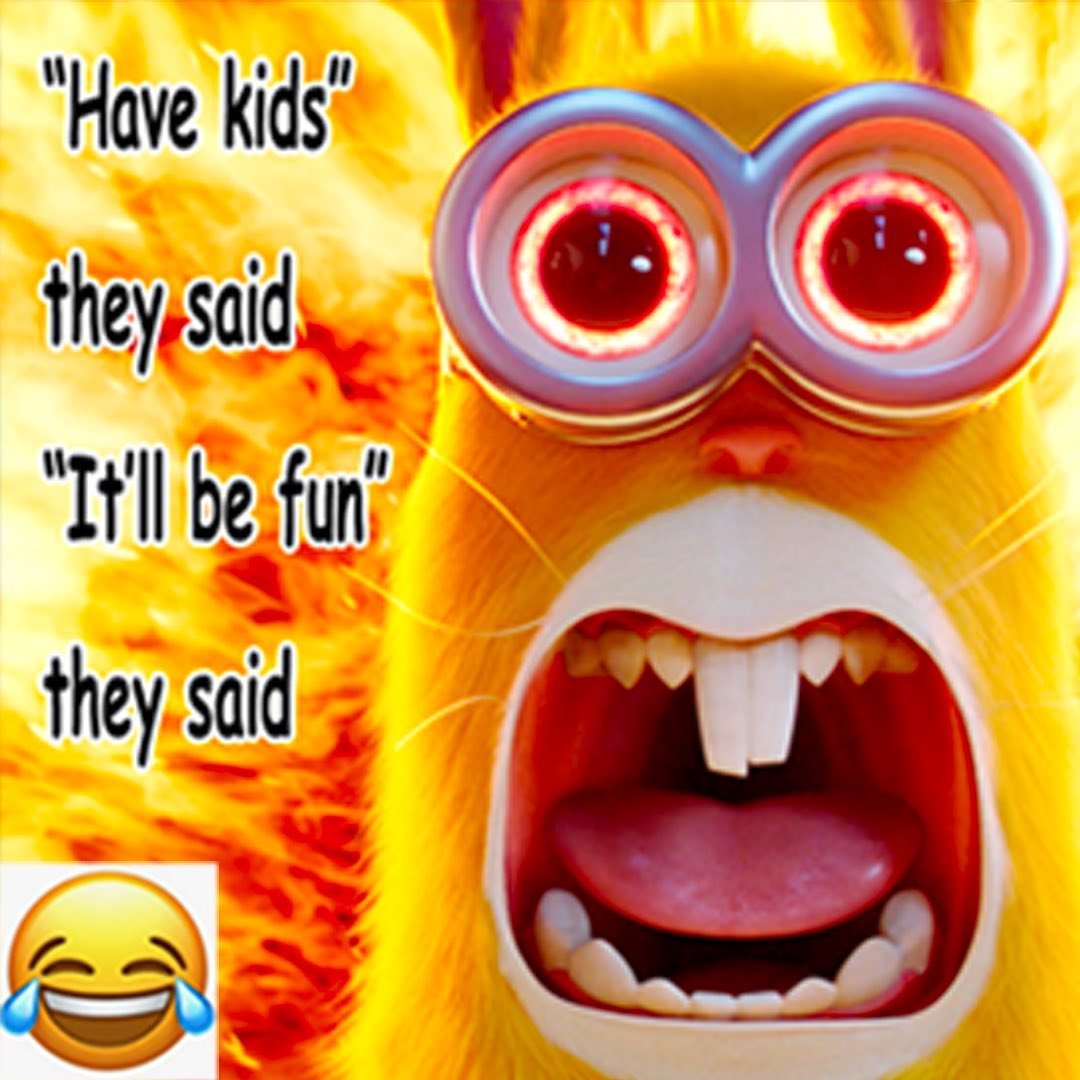 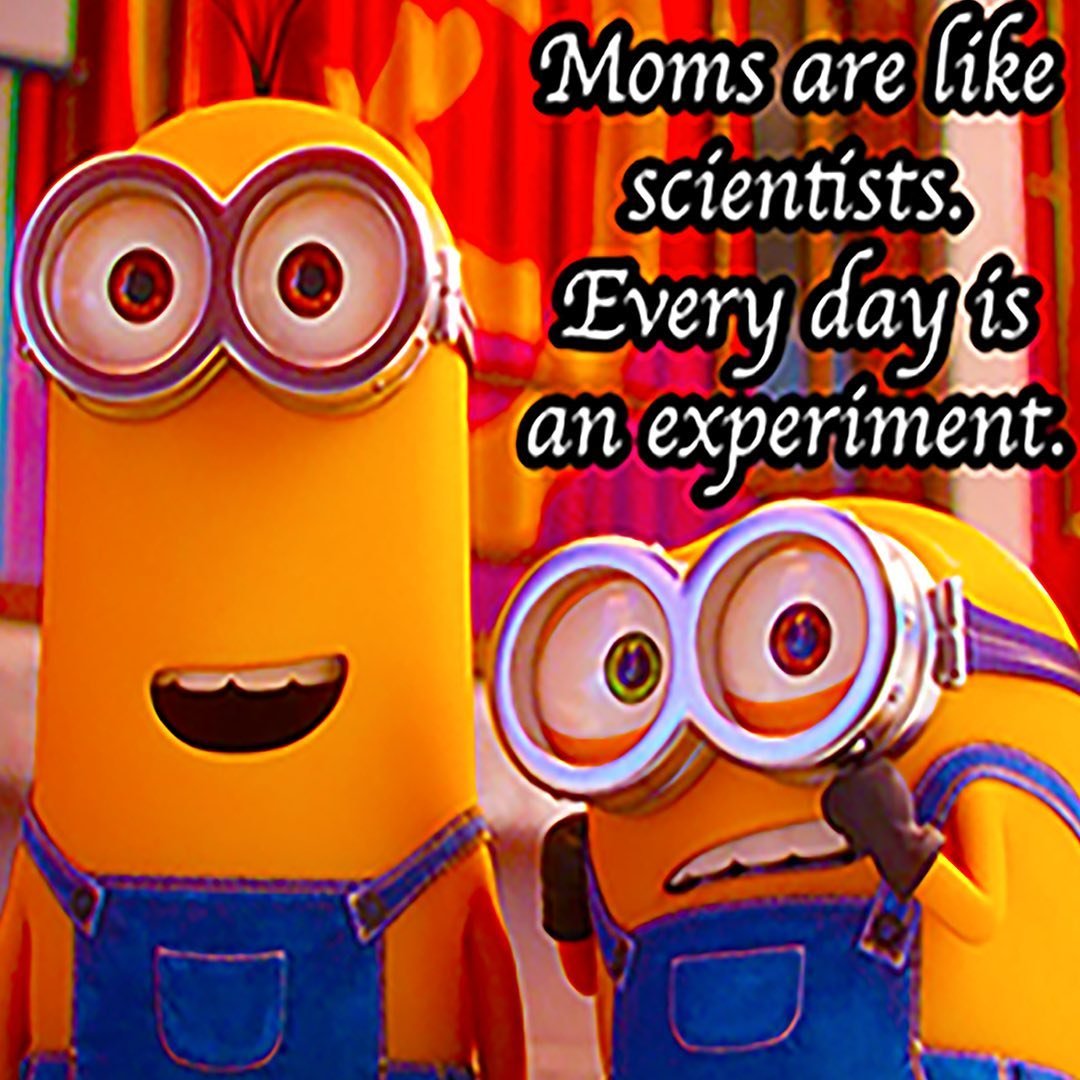 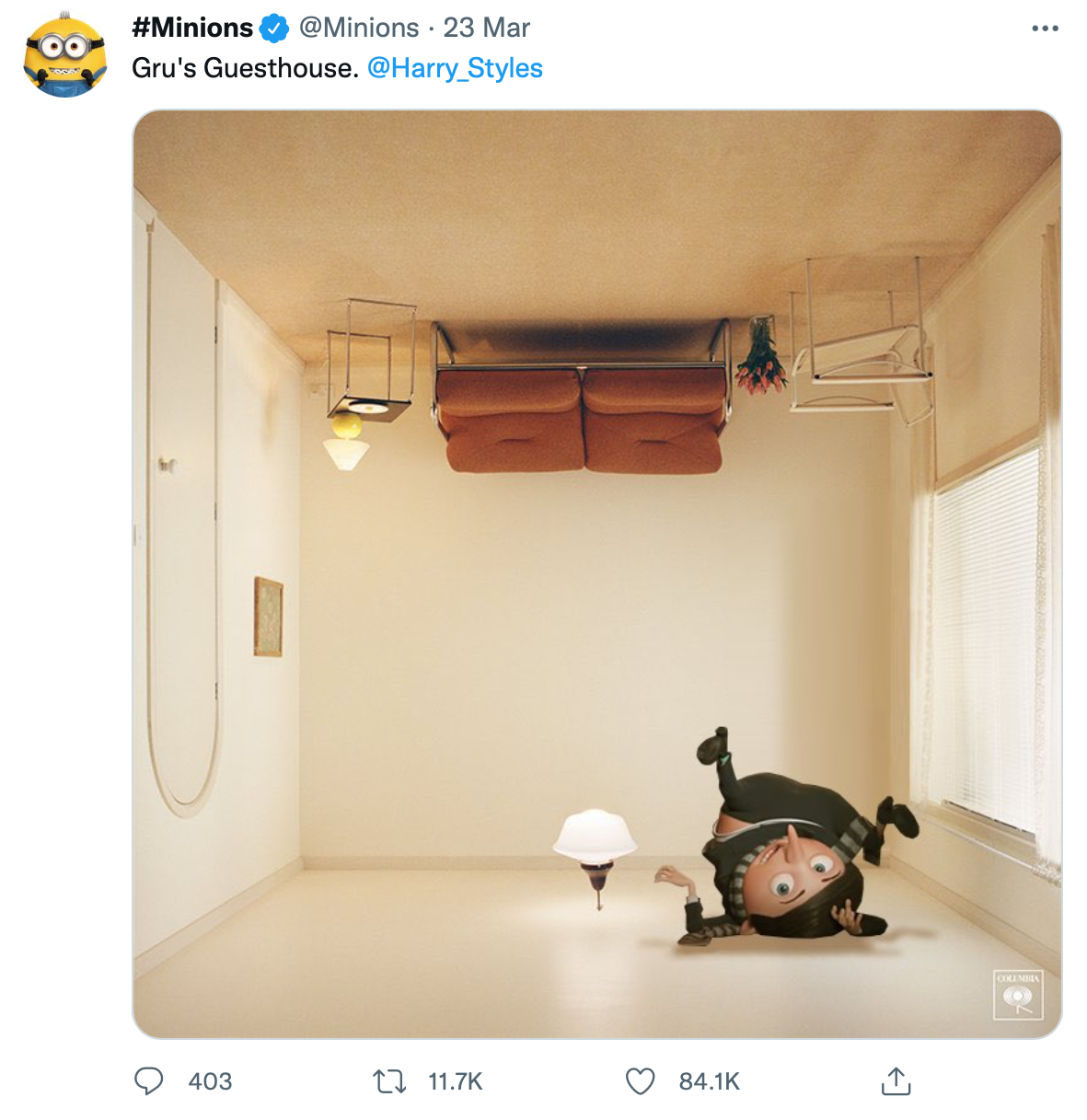 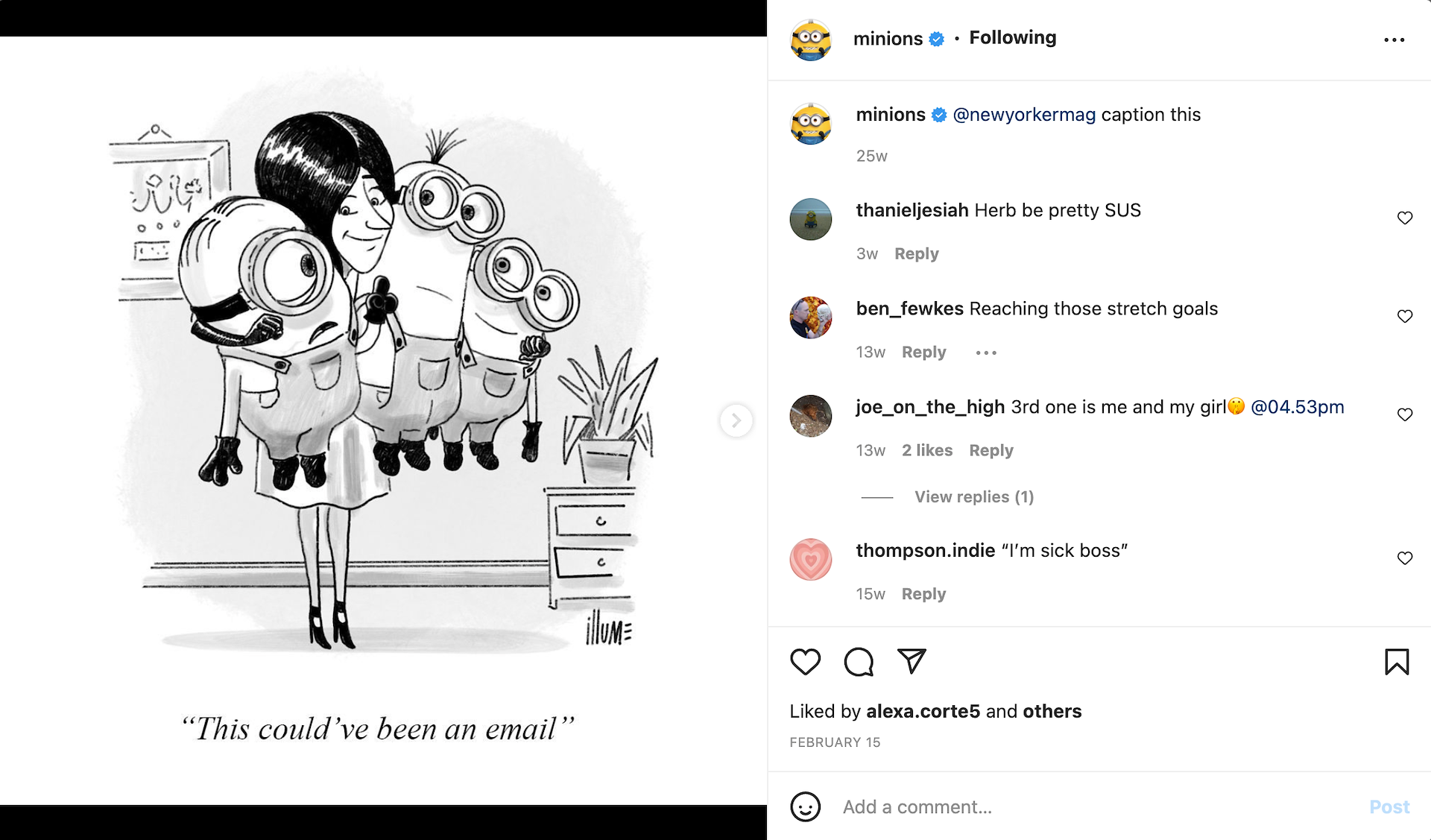 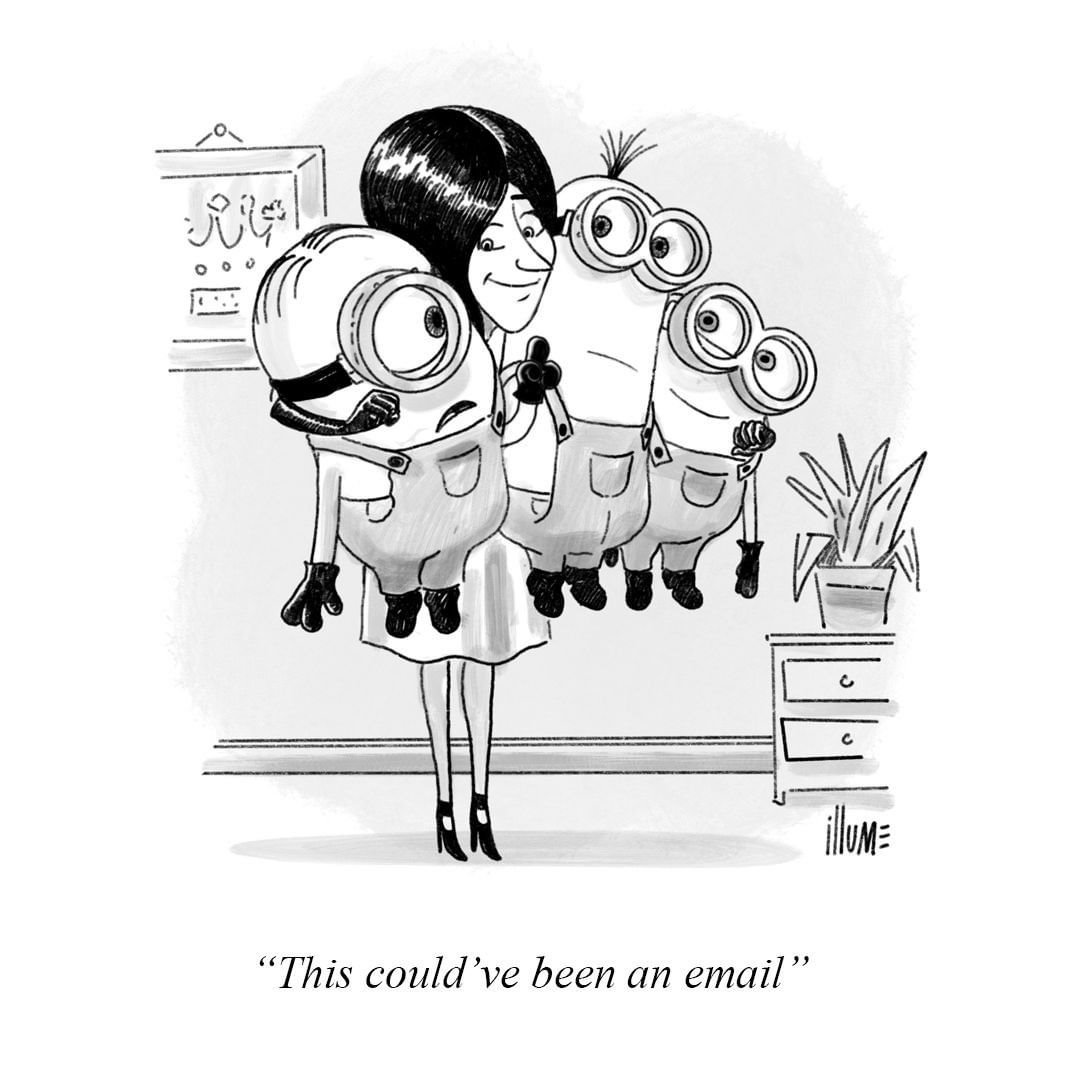 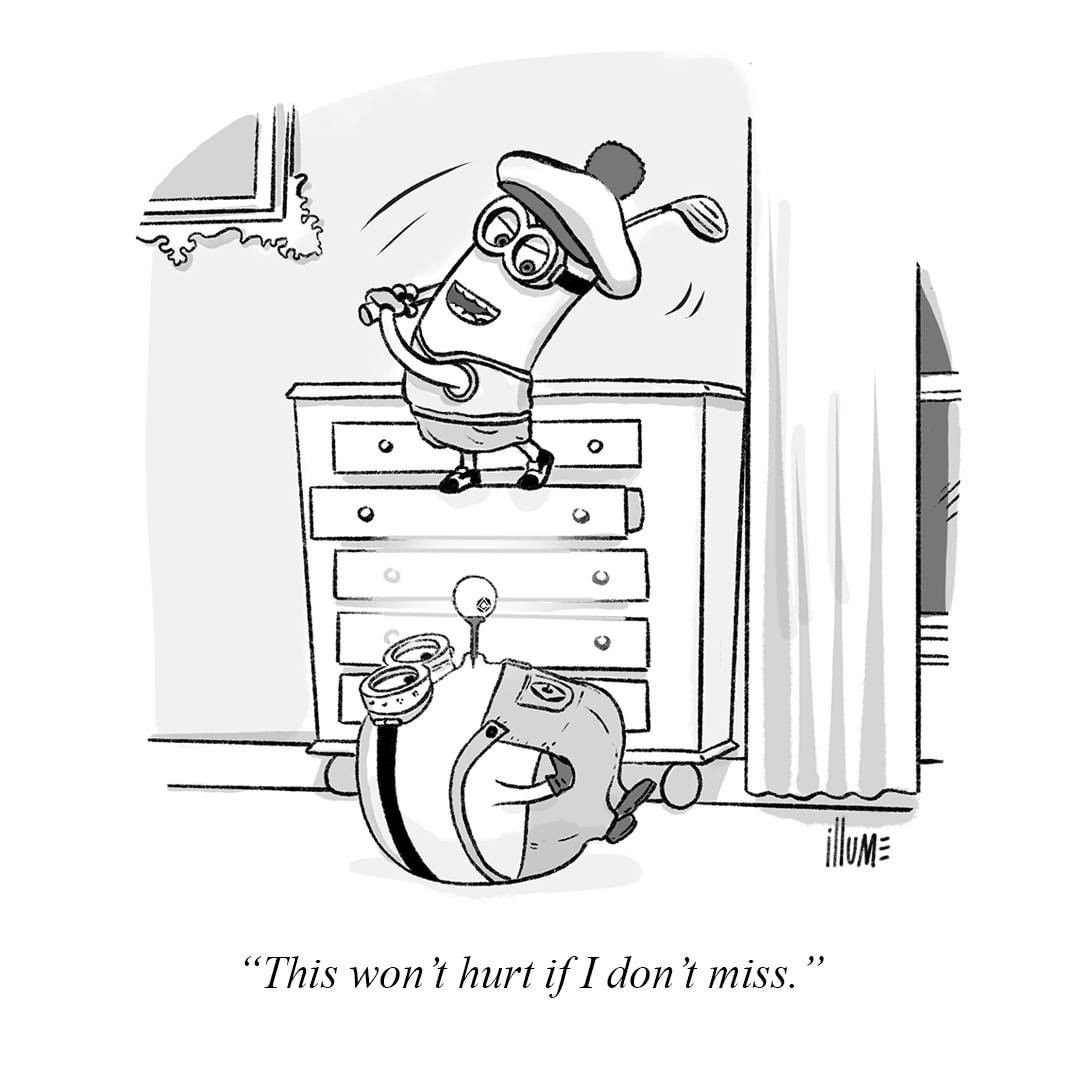 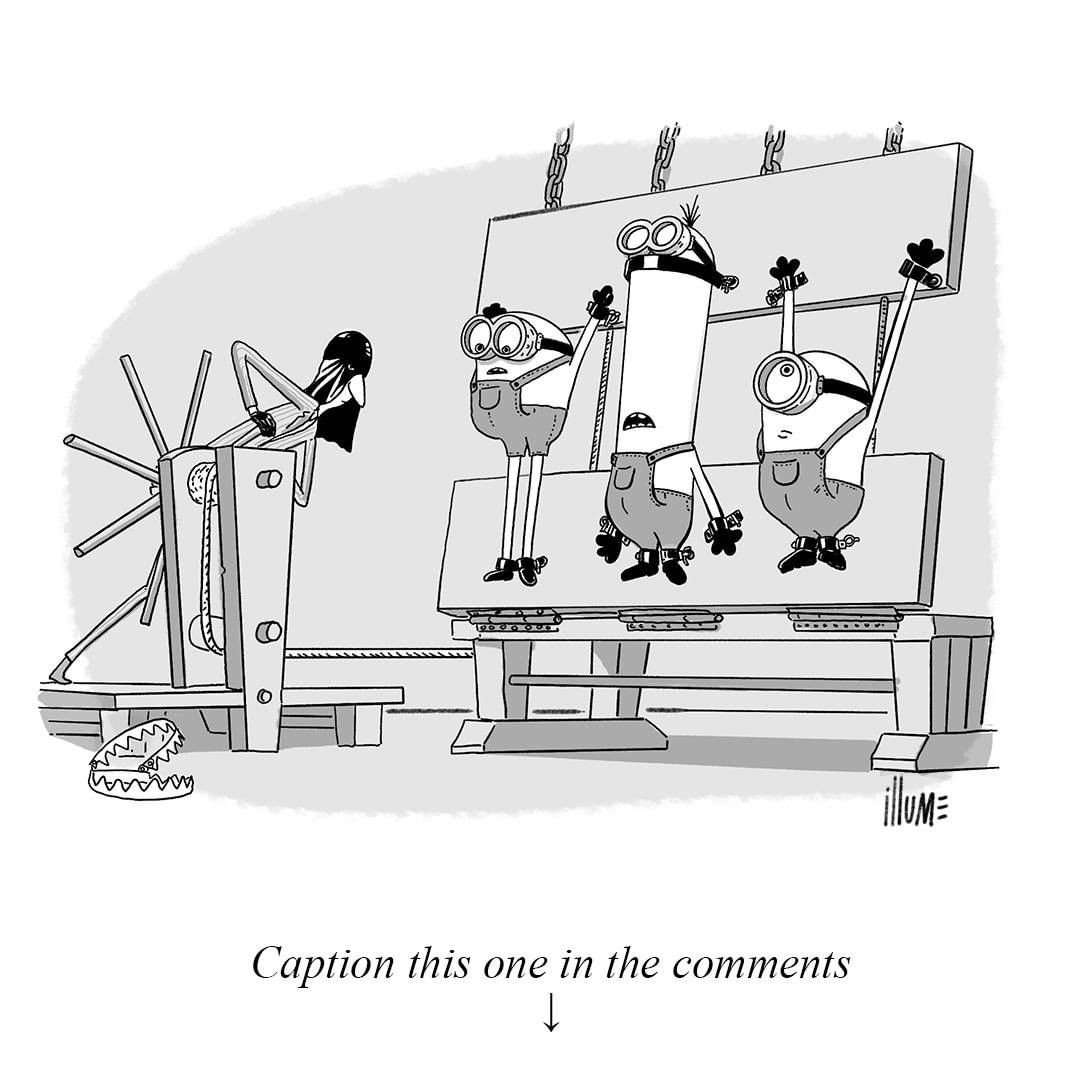 For April Fools Day we bought the domain gruthemoon.com and convinced a bunch of people that the Minions were releasing their very own collection of NFTs.

The result? A lot of people who forgot what day it was. 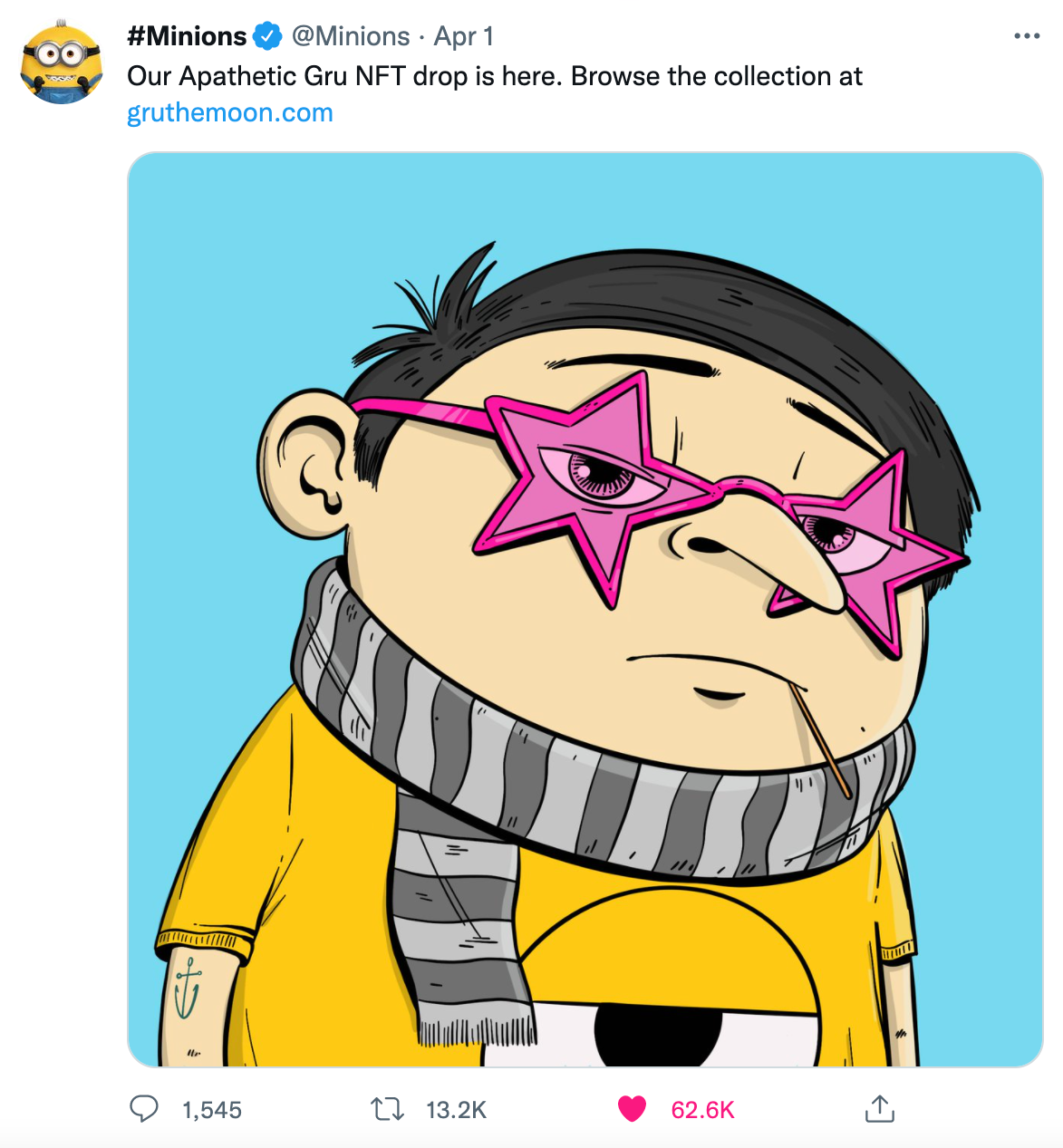